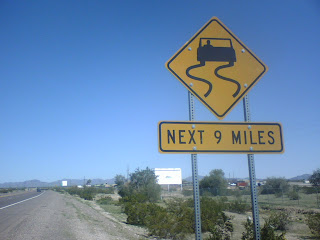 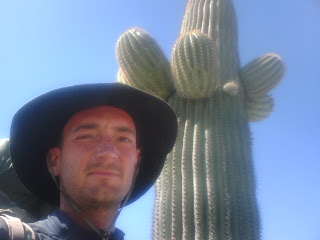 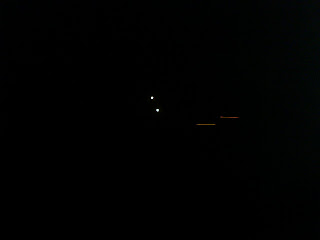 Anyone remember the shows about the "UFO over Phoenix" maybe ten years ago? Even though the show's producers tried to present the lights as something really mysterious by ignoring the real evidence and instead focusing on the interpretations of crackpots, I was pretty satisfied with the explanation (and evidence) that said the lights were flares. Now having seen them for myself, I can tell you the lights in these pictures are most certainly flares. Yeah, I was in awe when I first saw them, but after a while it was pretty clear what was going on. You probably can't tell from the picture, but these things are VERY bright. They're so bright, you can sometimes see the trail of smoke above each flare as it slowly falls toward Earth. Oh, and the fighter jets... This was about 100 miles SW of Phoenix on an Air Force range near Mexico. --> I should be in Phoenix's west suburbs tomorrow night.
So Eric, call me very soon if you intend to meet up with me. --> Does March Madness start this week?
Posted by Ryan M. Powell at 3/11/2010 12:23:00 PM No comments: Links to this post 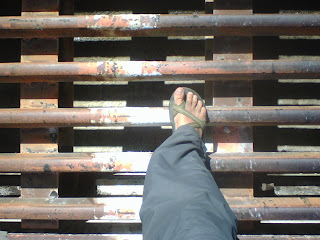 These things scare the shit out of me, especially when my pack is heavy. (It's almost always heavy.) When you're carrying a lot of weight, your steps rarely hit their target. As you can see, there's not much room for error on these things. So every time I set a foot down on one of them, there's a chance I might break a leg or something. And yes, I've had to walk over a lot of these lately, even though I haven't seen a cow in days.
Posted by Ryan M. Powell at 3/11/2010 11:57:00 AM No comments: Links to this post